Tepoztlán was our first encounter with a ‘Pueblo Magico’. The arrival wasn’t as whimsical as we might have imagined; we were unceremoniously dumped out of the bus on the hard shoulder of the motorway and left gobsmacked on a grass verge!

Only 3 other people had got off with us; all of them had marched off purposefully before we even got our wits together. Living in a foreign country and trying to do things like a local can get you in a pickle sometimes. We looked for signs, nada! It made sense not to try to run across the motorway so that only left behind us; we scrambled along a path hard trodden into the ground and dipped down into a smaller cobbled road, determined to ask someone the way. It’s easier to be confident when the sun is out and there’s 2 of you!

Whether you’re in a quaint province or in the beating heart of Mexico City, seeing people using sweeping brushes made entirely of sticks is to be expected. (Picture a witch’s broom in the shape of a rake). The Señora venomously trying to rid her stoop of dust, who I tried my Spanglish out on, gestured emphatically to a taxi and told us we had to go, “down, down, down!” to get to the market and start of the famous hike up to the ruins. (These may not have been her words, I’m saying this based on her charades ability, not any words I could comprehend) Apart from being disgruntled about going down to go back up, which no sane person appreciates, we were relieved to know it was a single mountain road we needed to follow. Who pays for a taxi when it’s one road? Not budget bitches.

That descent revealed a host of pretty little boutique hotels, ‘intimate’ rooftop pools seemed to be the trend and if we’d known, we would have stayed in one for the view into the valley and for a good soak after a tiring hike! Top tip: investigate places to stay!

If streets can reflect their residents, like dogs their owners, then Tepoztlán’s image is a consistent one, it’s affable. All of it. The weekend market is cheap, despite the influx of Chilangos (slang for the residents of Mexico City), the street art can’t be disputed for graffiti, smiles are easy, mosaics and statues are glimmering, handmade beaded bracelets abound, and patchwork pants are the unofficial uniform. This is where hippies go to die. (Only after they have thrived though!)

A squat man, lined like a treasured love letter, was roasting chickens on a spit at the entrance to a courtyard. Emboldened by our success in coping with the bus debacle and avoiding paying for a taxi, we took another gamble and accepted his offer of food. We were shooed onwards towards plastic chairs and sat in the communal garden of a few homes; a stray dog seeking shade; 2 children chasing each other and a rusting swing-set perched on a flat roof without a ladder to be seen.

A startled looking matriarch reluctantly told us what drinks were available and we realised they did not normally host. We were not in a restaurant or casual alfresco pop-up, there were no menus; we were just benefitting from serendipity (and poor, but well-meaning, Spanish skills which will open many doors for you in Mexico)

The chicken had been seasoned with some sort of chili, naturally, and the rice was served with lime. It was sublime. (We did spare a little for the stray though).The whole things would have come to £2 but we left double as a means of gratitude for such rare hospitality. We left without fanfare. This detail matters, as it’s something that makes Tepoztlán atypical.

Meandering towards the start of the climb to Tepoztlán’s most famous attraction, a temple and complex of stone dwellings crowning the Sierra de Tepoztlán, the array of Michelada on display is enough to tempt even a non-drinker like myself! Michelda in Tepoztlan is an art-form in itself,  the beer is adorned with goo tipped rims of what may be sweet or sour crystals, gummy worms bob inside and there’s the inevitable tamarind coating the straws. (You could just have a plain one with salt and lime; but if you’re gonna day-drink, while hiking in the unforgiving sun, you might as well be flamboyant about it.

The temple we were are all clambering towards was built in dedication to the to the Aztec god of Pulque, Tepoztecatl. Pulque is Mexico’s oldest alcoholic beverage made from the pulp of the Maguey Cactus. Of all the places to celebrate booze why would you pick a temple that has a sheer drop at the side of it? If that doesn’t cause your untimely death, the horrendous metal stairs, zig-zagging like a fire escape you see in American apartment blocks, runs up the cliff face for the last 200m, with nobody monitoring how many people go on it at one time, or in what direction.  Whether under the influence or not, I challenge you to avoid tripping over the tree roots that seem to be smothering the path and tugging at the very fabric of the mountain.

The climb is arduous. The Aztecs, Mayans, and Incas must have all had arrested development when it came to shoe size, because whole sections of their marvelously crafted architecture seems to have been made with munchkins in mind. We try not to keep our eyes glued to our feet, the uneven footing or sharp lurching ledges, but we don’t gander with the flora as freely as normal! We spot people turning back at the mid-way point, many are in flip-flops, some carrying small children. The climb is arduous. TopTip: Do your research! Wear decent trainers or hiking boots.

The pyramid at the top is not a patch on Chichen Itza or Teotihuacan, but its remoteness makes it the most tranquilo. (Unless you happen to be there while a young couple are hanging their baby over the edge of the pyramid top, trying to pass it like a rugby ball between them to get back down the harrowingly steep steps; their bodies side-on just to fit a foot on each ledge).

My friend had seen a Coati here, it brazenly loped up the steps and tried to steal her fruit. Claudia, is the only person I know that actually dislikes most creatures (apart from people, despite the fact we are the most sinister of all the animal kingdom) and this opportunity was totally wasted on her. Much to the disgust of Georgia and I, we were not blessed with a Coati spotting. The multitude of signs warning us not to feed the Coatis made us think if we ventured a little way from the crowds, into what would have been the pauper living quarters, but are now ramshackle terraces reclaimed by the insects, we might spot some. We thought if we sat still and quiet, with tempting food lying casually at our sides, we’d increase our chances too. It didn’t. After an hour we headed off, cursing Claudia.

Ice cream in Tepoznieves was our reward for the sweat and fears of our escapades. I visit this parlour in my dreams. Again and again. If Frida Kahlo had filled a pinata, with the help of Catarina, and it was smashed open, the decoration of Tepoznieves would be the outcome. Your eyes are bombarded. Plus, it’s Mexico, staff ignore us as we gaze at all the displays and snap silly photos mimicking the skeletons. When we eventually order, I think that the temple should be rededicated to the god of helado.

The market is brimming with bargains and there are so many quirky things to explore, like the mushroom museum, but for me, Tepoztlan is a Pueblo Magico because of the atmosphere it fosters, history still seems to be breathing with the same lungs as the hippies and the hikers. I’m not one for a retreat, but I could while away a lot more time in Tepoztlan, maybe I’d grow older gracefully too.

To leave we had to sit on a bench at the only petrol station in the town, there was no timetable, the sunset let us know that patience pays.

30 Replies to “A day in Tepoztlán: A Pueblo Magico”

Your thoughts and comments are appreciated, unless you're a troll. Cancel reply

This site uses Akismet to reduce spam. Learn how your comment data is processed. 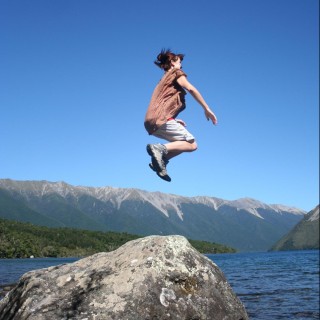 Wanderlost: This idea comes from the nickname my mum affectionately teases me with, Peter Pan. I really thrive on being able to explore. I am rarely still. Partly because I don't feel like one place, one type of life, is a good fit for me; not because they aren’t good enough, but because I'm incessantly curious. I want to burst my bubble, not to be blinded by it. As for the never growing up part, the lost girl bit, I guess I don't really want to if it means I have to stop frantically planning the next adventure! Campaigner: My personality type from the ENFP 16 personalities test! I root for the underdogs, want to advocate for others to do the same, and try to be a better global citizen myself. Us ‘Campaigners’ "tend to see life as a big, complex puzzle where everything is connected – but unlike analysts we see it through a prism of emotion, compassion and mysticism, and are always looking for a deeper meaning." That’s a stereotype I can get behind. Keep an eye out for the placard I'll be painting next!

What? Be a tourist at home!

Where? Wales, as that’s where I am from and currently reside, and parts of England that are within a short reach.

If you like to explore, hike, spy animals in the wild, stop to listen to bird song, question everything, marvel and try to refine your own sense of self along the way, you will find you’re not alone here.

If you also love to grapple with concepts of morality, desperately try to be ethical while you travel, and feel a distrust of most package holidays, you’ll probably feel you’ve found a good place to fit in.

Welcome to the wonder of being wanderlost.

Can't sleep for fear of my leg not getting better. @NHSuk can you explain your 3 month rule for injections?
Treating serious vitamin B12 deficiency - The Hippocratic Post https://t.co/h020sbgnJl via

Britain has one last chance to save endangered species says @Natures_Voice boss. https://t.co/XnR7KdTr7z

@harleivy One of the earliest movies I ever saw where if you remove the love interest (sorry Luke Wilson) it’s still a great, heartwarming, funny movie about a woman. And it passed the #bechdeltest effortlessly in 2001.

So moved by this @kimmythepooh This is why #RepresentationMatters https://t.co/GzLuc5UGw2 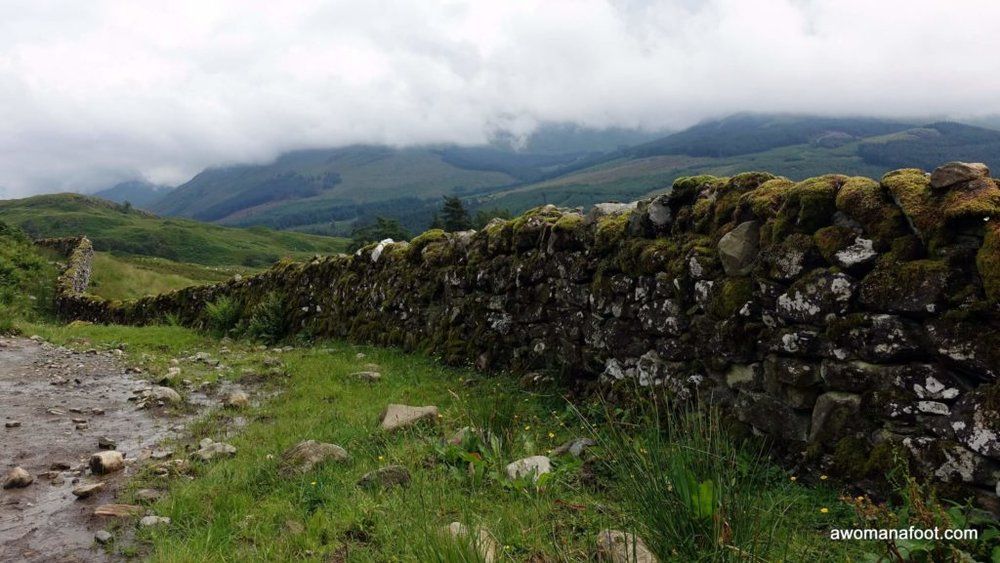 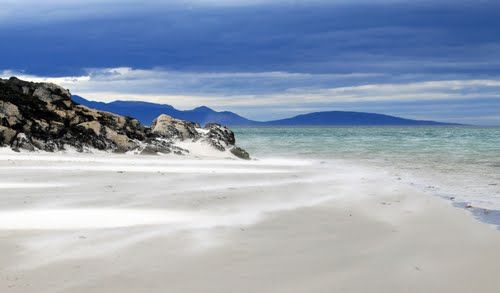 The stunning, "Silver Sands of Morar, looking towards the Island of Rum, Scotland. In general the beauty of the beaches in the Scottish Highlands is a well kept secret, ensuring privacy for visitors to the long stretches of clean, silvery sands......
00
Pinned onto
2 girls, a pet hedgehog and a campervan all got to Scotland for 3 weeks. 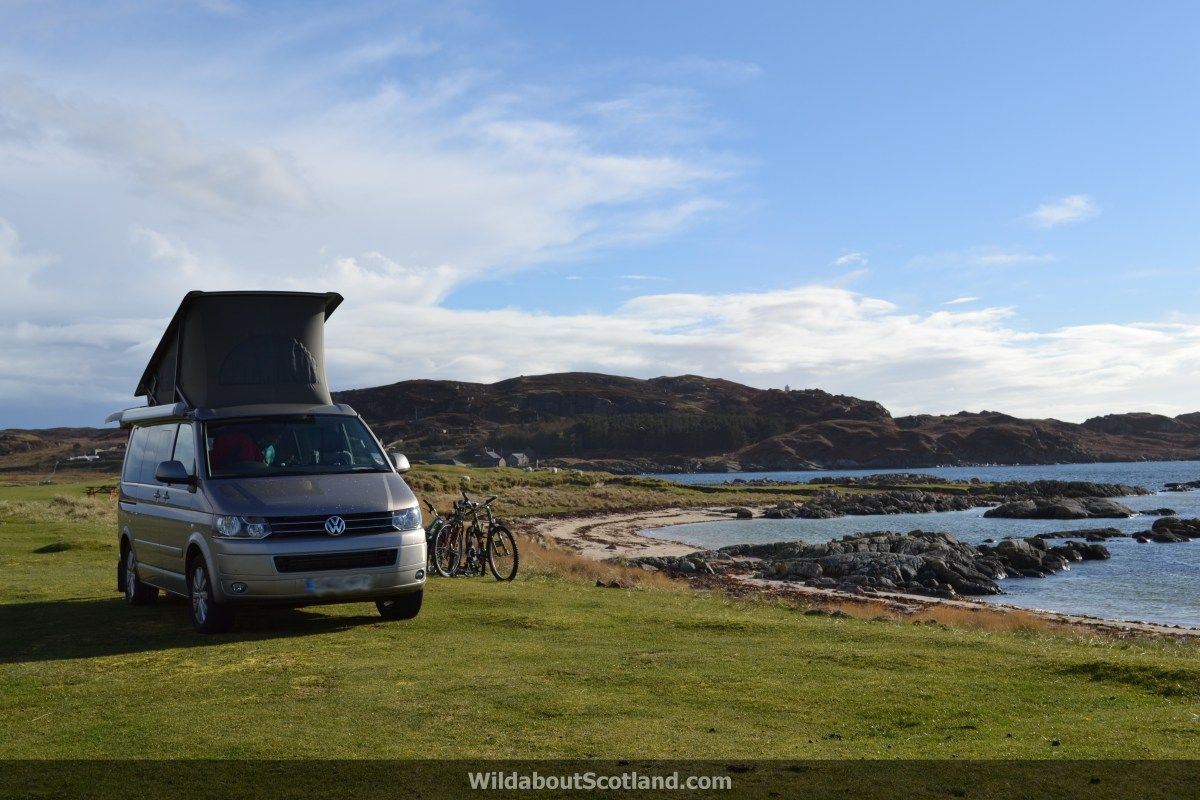 Top 10 Scottish beach campsites
00
Pinned onto
2 girls, a pet hedgehog and a campervan all got to Scotland for 3 weeks. 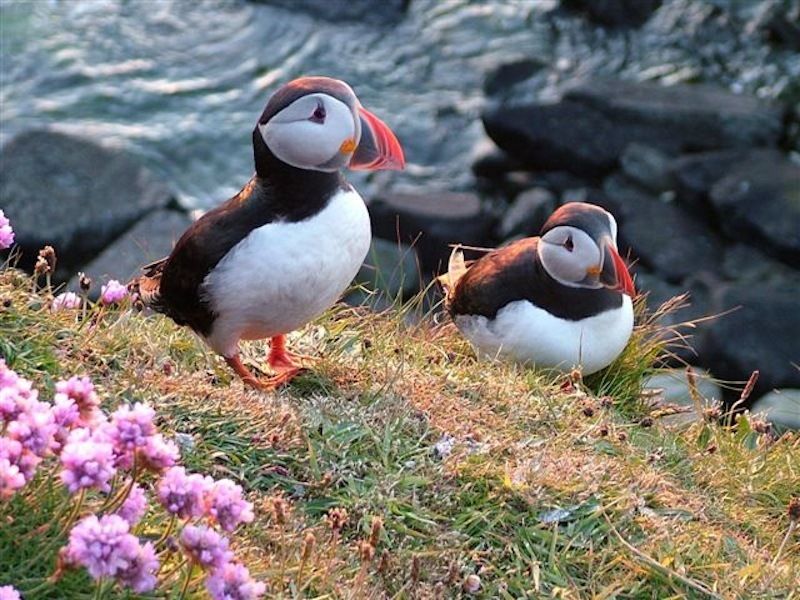 Two puffins enjoying the sunset in Orkney
00
Pinned onto
2 girls, a pet hedgehog and a campervan all got to Scotland for 3 weeks. 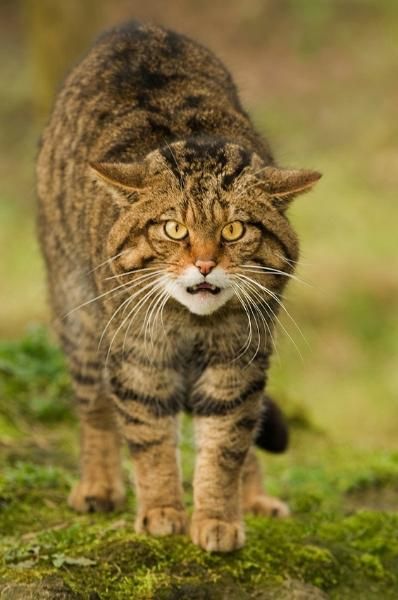 Scottish Wildcat. Pound for pound the Scottish wildcat is one of the most impressive predators in the world; intelligent, fearless, resourceful, patient, agile and powerful. "They'll fight to the death for their freedom; they epitomize what it takes to be truly free...," Mike Tomkies.
00
Pinned onto
2 girls, a pet hedgehog and a campervan all got to Scotland for 3 weeks. 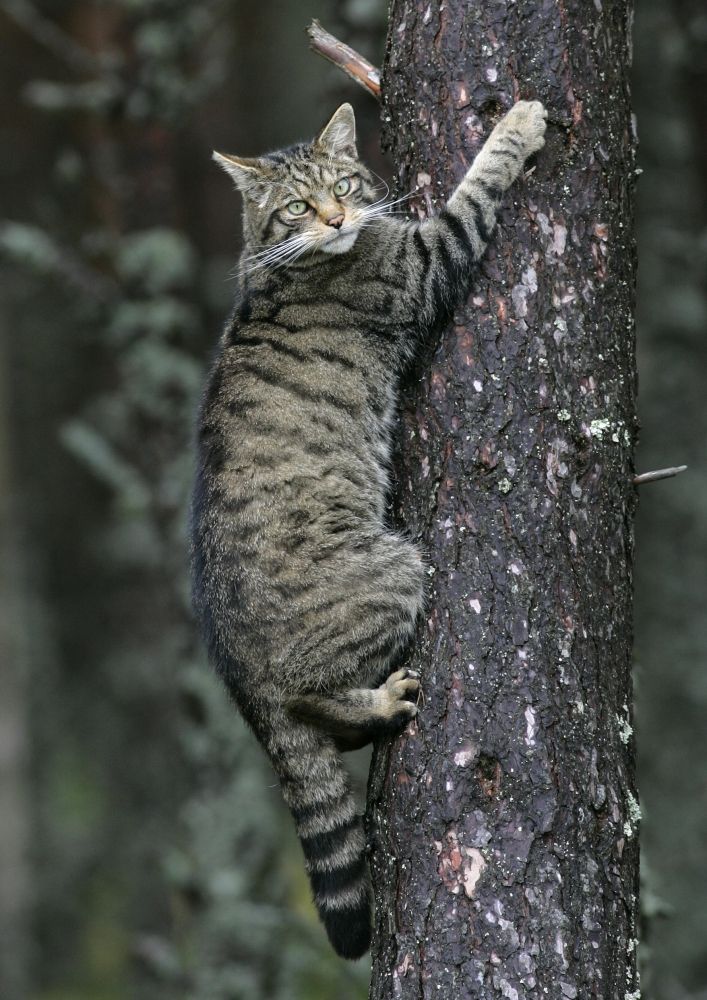 Wildcats in the Angus Glens. The Scottish Wildcat is one of our most endangered native species.
00
Pinned onto
2 girls, a pet hedgehog and a campervan all got to Scotland for 3 weeks.
%d bloggers like this: